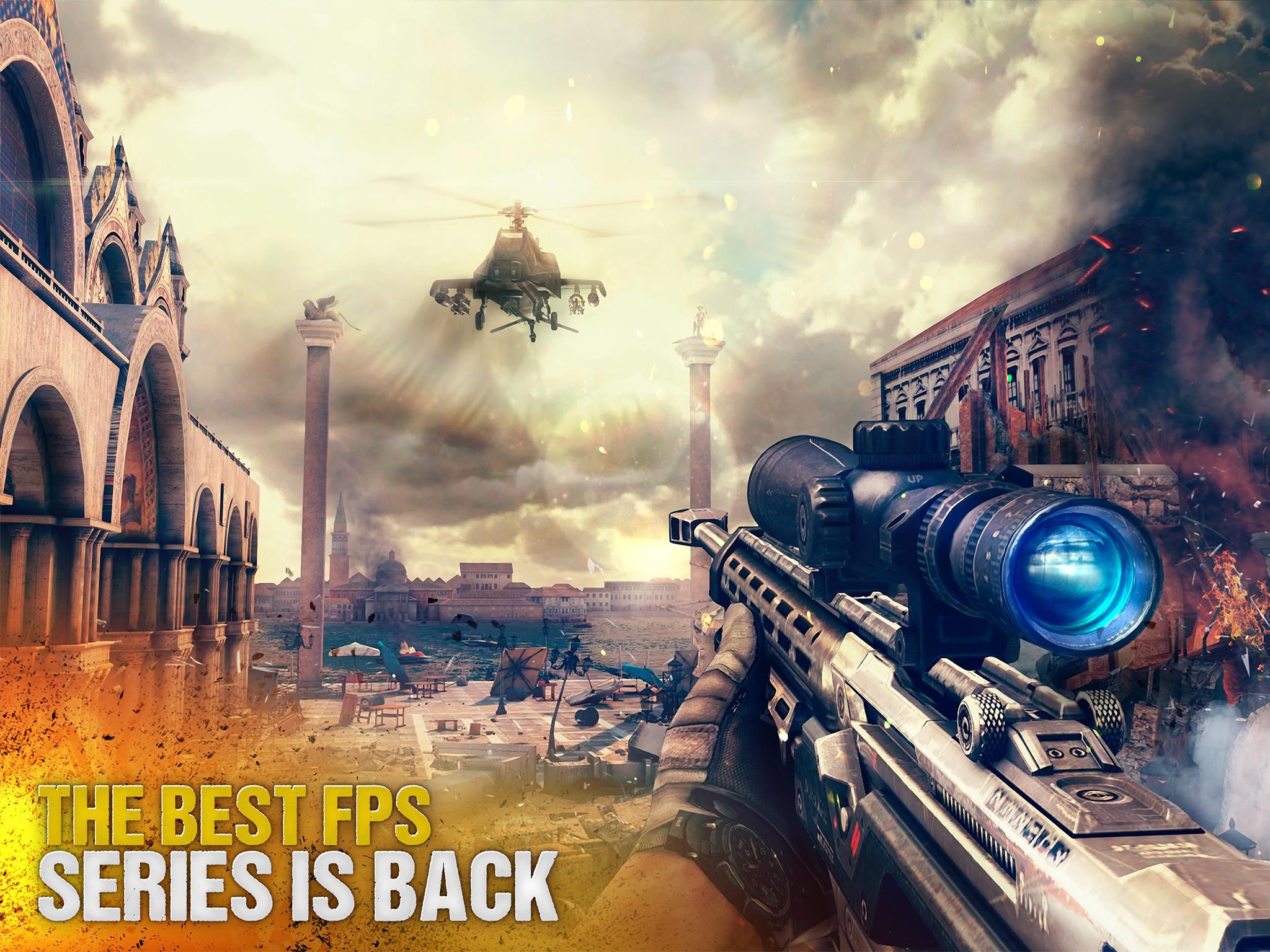 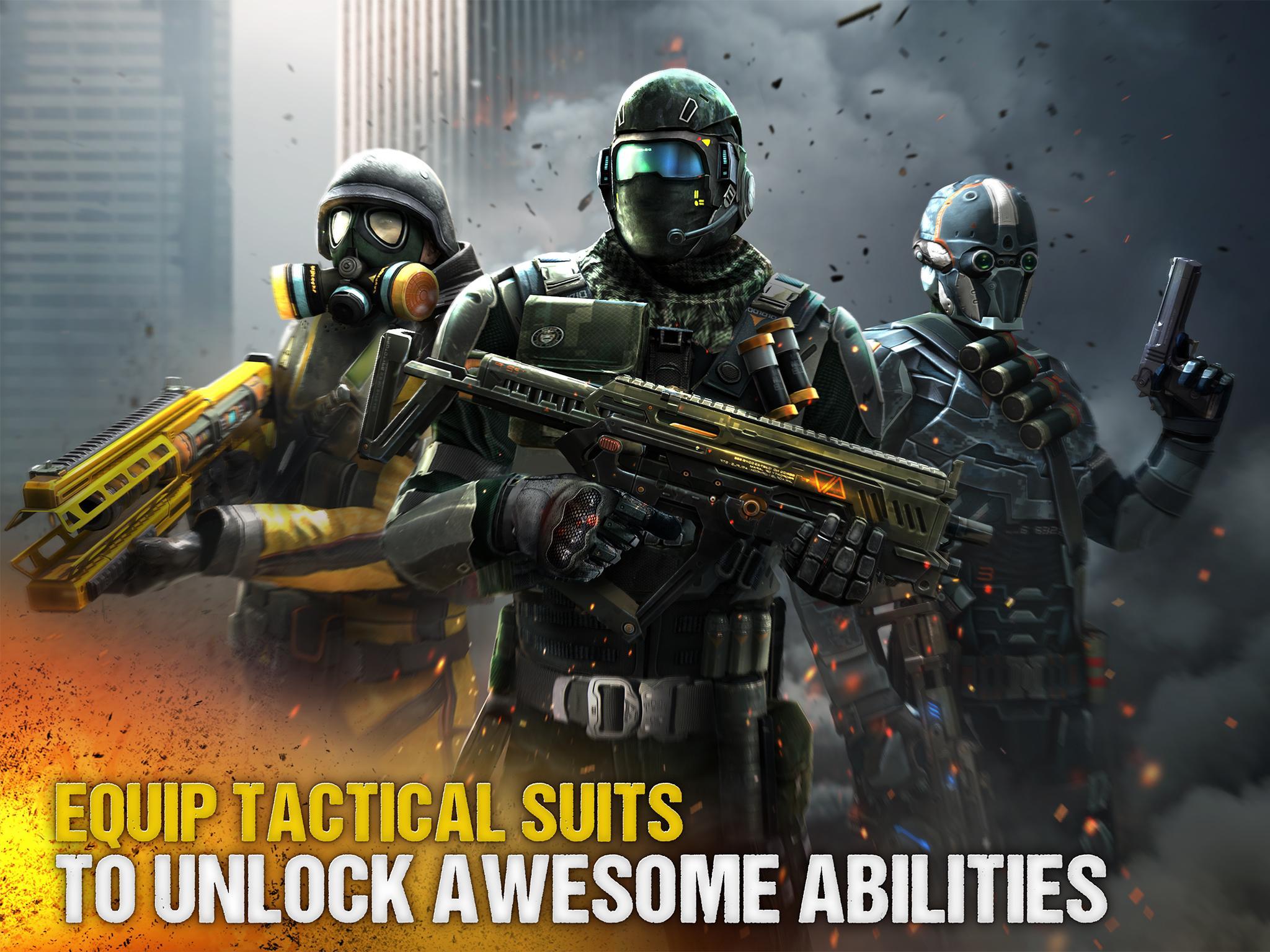 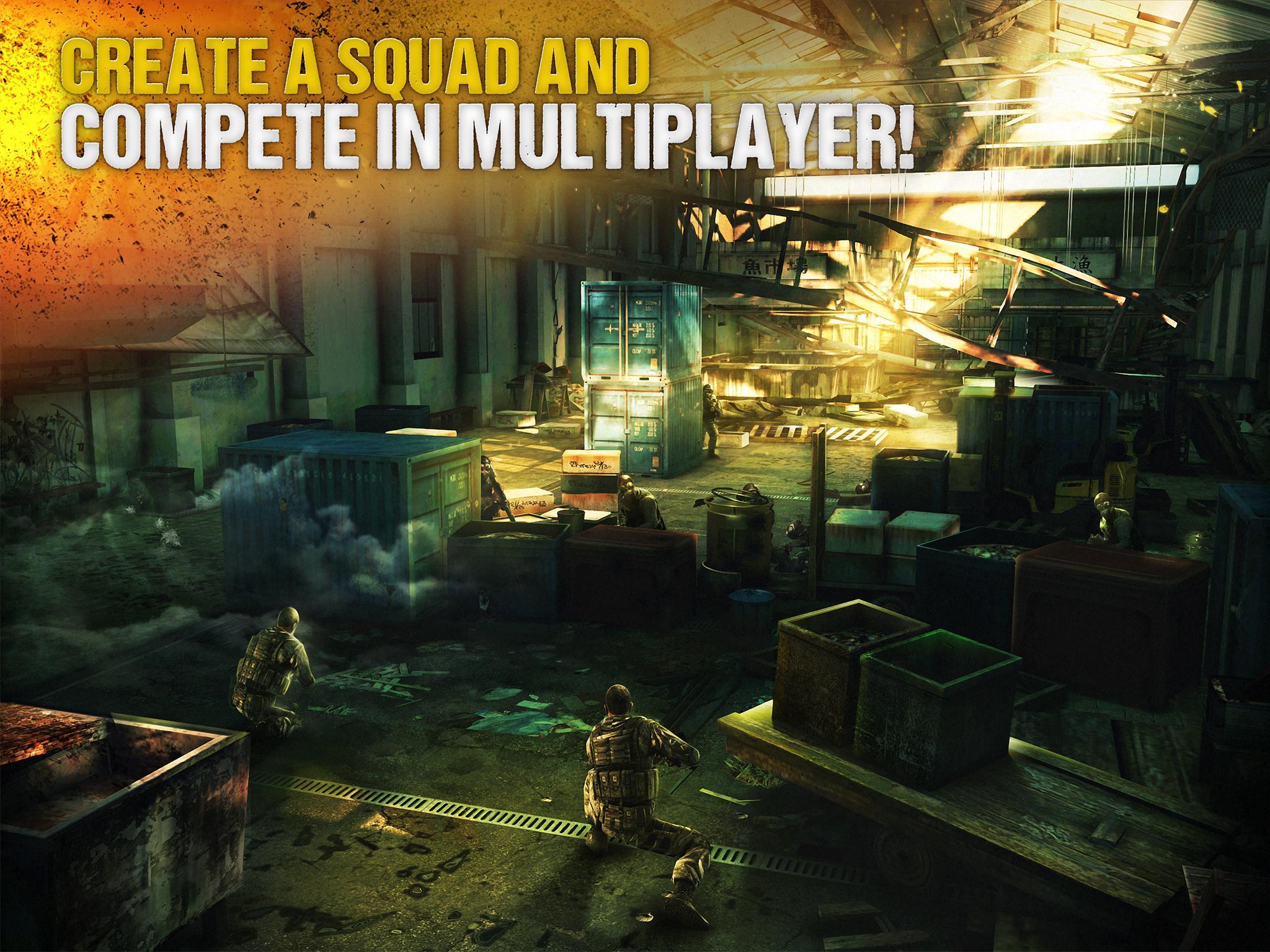 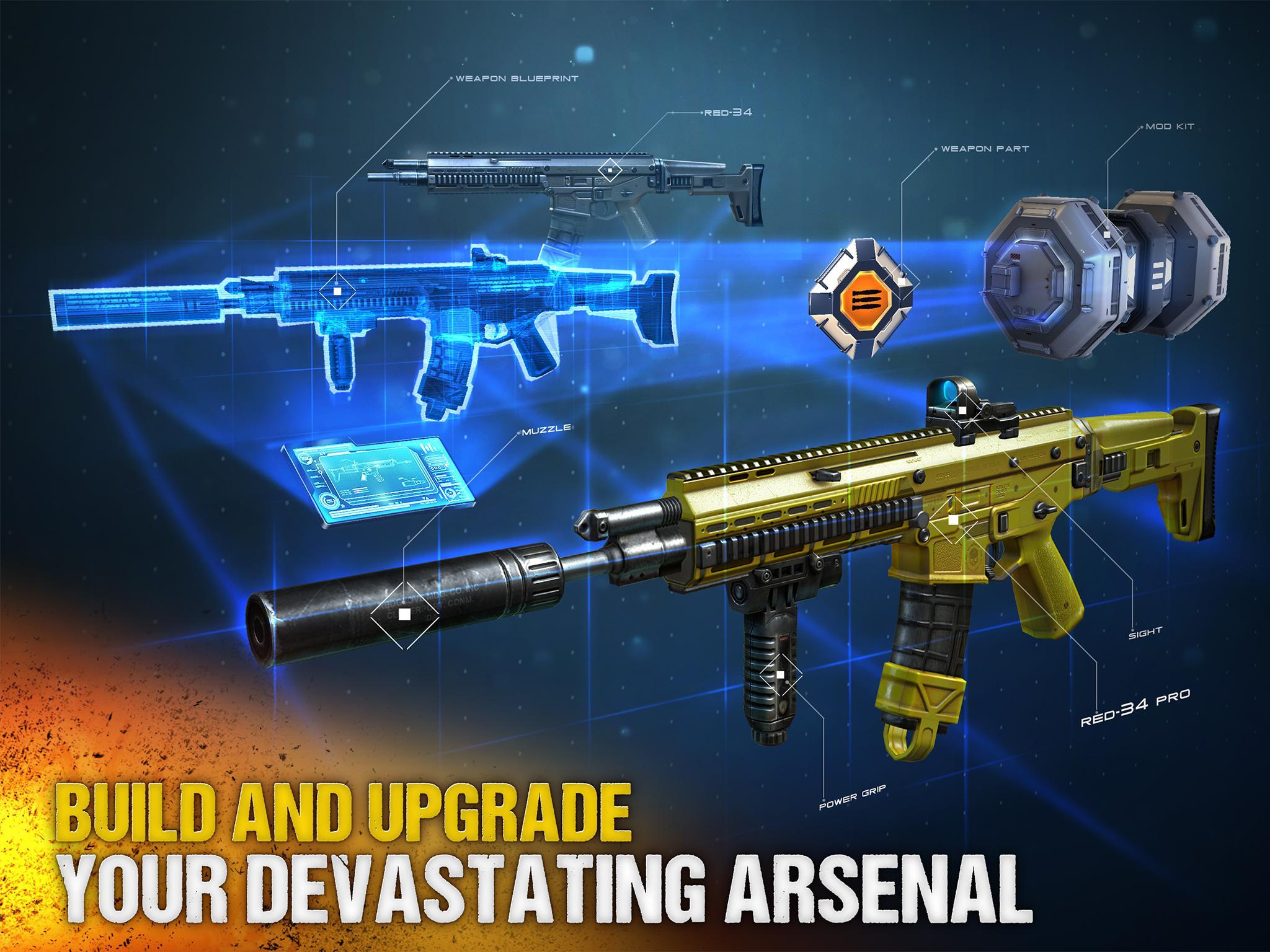 Start shooting with the game that has it all: lots of game modes, weekly events, battle royale & a full fledged campaign!

Step onto the battlefield and answer the call with the title that raised the bar for first person shooter games with its great graphics, high-powered guns, and intense online multiplayer action. Create a squad from 10 classes, add your friends for team play, and test your skills in dynamic arenas or through Battle Royale warfare against online rivals from around the world!

Prefer to work alone? Then feel free to step into the thrilling solo play campaign as you shoot your way through one dire situation after another to save the world as you launch an attack against a lunatic’s apocalyptic plans.

10 CLASSES WITH UNIQUE SKILLS
> Customize and level up any of the 10 classes across solo play and team play modes.
> Find the playstyle that suits you: Assault, Heavy, Recon, Sniper, Support, Bounty Hunter, Sapper, X1-Morph, Kommander, or Marauder.
> Activate class-specific skills by earning and spending Skill Points.

HIGH-POWERED ONLINE MULTIPLAYER
> Watch players engaged in live online FPS battles and eSports competitions with all the great graphics you expect in the new Spectator mode.
> Epic guns-a-blazing team play in Squad vs. Squad matches.
> Drop into Battle Royale mode and fight for survival with up to 70 players.
> Talk to other players to plan your online multiplayer strategies and coordinate an attack in the Global and Squad Chats.
> Top the individual and Squad leaderboards as you master your eSports skills.
> Win free rewards and cool prizes in limited-time events.

So if you’re ready for the online FPS of your dreams, dive into this unparalleled free game that takes online multiplayer to new heights. Perfect for anyone hungry for solo play first person shooter fun, team play eSports competition, or a thrilling Battle Royale challenge.

This app allows you to purchase virtual items within the app and may contain third-party advertisements that may redirect you to a third-party site.